We are excited to announce that this fall’s temporary reef closure will end on December 15!  Below are highlights from yesterday’s official government press release on this issue: COZUMEL PROTECTS AND CONSERVES ITS CORAL REEFS FOR THE FUTURE

In order to give rest to the sites of greater biological interest of the Mesoamerican reef system, and contribute to its recovery from the so-called “white syndrome” which affects the reefs of the Mexican Caribbean, tourism and recreational activities were partially and temporarily suspended in a portion South of the Cozumel Reef National Park (PNAC).  The sites where aquatic-recreational activities were temporarily suspended on October 7 occupy only 21% of the 14 most visited reef complexes in Cozumel.   This strategy gives visitors certainty that they can continue enjoying Cozumel and, at the same time, participate in its conservation.

The suspension will end on December 15.  From then on, a rotating strategy will be implemented that allows the rest of other reefs of the National Park without affecting the ecotourism service providers in these sites.

The above was agreed  upon during an extraordinary meeting of the Advisory Council of the Arrecifes de Cozumel National Park, including representatives of the three orders of government along with civil society, various business professionals, tourism service providers, academics and fishermen.  Attendees included:

Commissioner Roberto Aviña stressed the importance of “producing conservation and conserving production” and pointed to tourism and the reef as the backbone that sustains the community of Cozumel.  He also celebrated that the community today is moving into series of opportunities to better tourism practices based on environmental conservation, social welfare and sustainable economic development.

Work tables will be organized during the upcoming months to establish, in a participatory way, the rotating rest system for the reefs of the PNAC and other strategies that can help improve the conditions of the reefs.  The attendees acknowledged that we are living an unprecedented challenge, and committed to collaborating for the benefit of the reef system, which is a fundamental piece for the livelihood and quality of life on Cozumel Island.

Please feel free to contact us if you have any questions as we continue to work with the Marine Park and local community to protect and manage Cozumel’s unique ecosystem.  We look forward to hosting your next visit to our beloved waters! 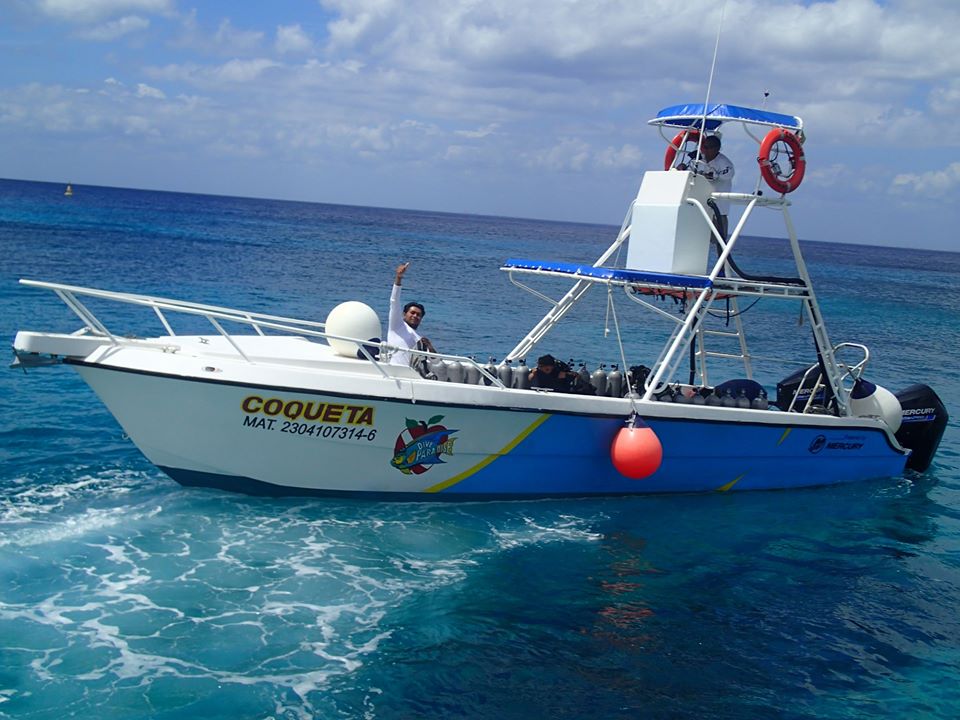